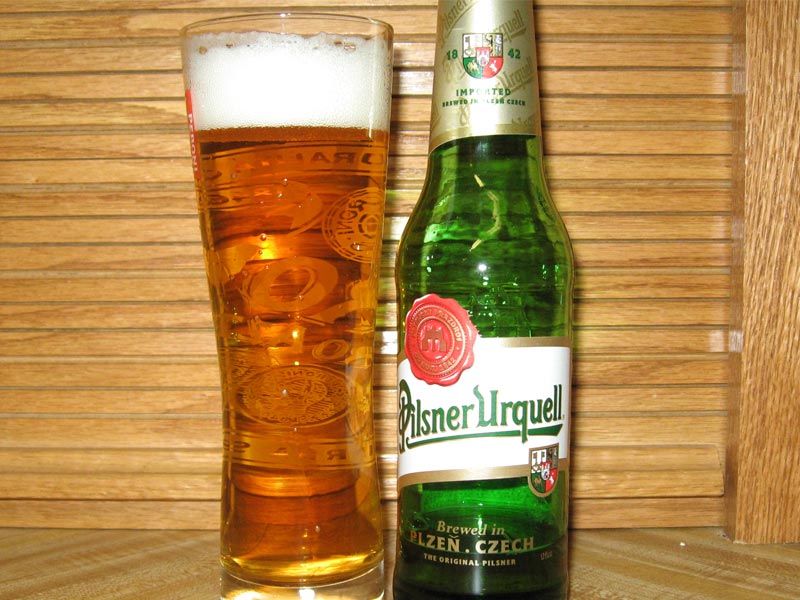 PILSNER URQUELL!!! It is the quintessential beer to try if you want to enjoy a true, original pilsner. Hailing from the city of Pilsen, this glorious brew bears its namesake. How much more original can you get? Well, to add greater designation, the term Urquell means, “original source.” Blam!

Everything about this beer is spectacular. It has a brilliant golden hue with consistent carbonation making it rather eye appealing (serve in tall conical glass to enhance). This is capped with a white fluffy head that settles but never fully dissipates. The aroma heightens your excitement, by providing a great malty backbone coupled with a flowery hop presence. The malt smell is lightly kilned grain with the addition of some bready highlights and minor hay or straw notes. The style uses a particular type of hops, known as Czech Saaz. This hop has a pungent earthiness to it yet yields a nice spicy note. Being a European lager, there are some hints of sulfur, but this is simply due to the yeast stain used. Many beer critics have stated that the water used in that region also adds a unique character to the beer.

Regardless of the water we are talking about beer and the taste is just glorious. It is light, crisp, sparkling, and a great palate cleanser. The mouthfeel is bubbly lending a refreshing “pick-me-up” during a meal or on a hot summer’s day. There is a nice dry finish with a noticeable mellow hop undertone. It leave some sweet and graining aftertaste which coupled with the dry finish makes you want to keep sipping.

It is definitely a benchmark beer that demands to be enjoyed and regarded as the one and only Pilsner.