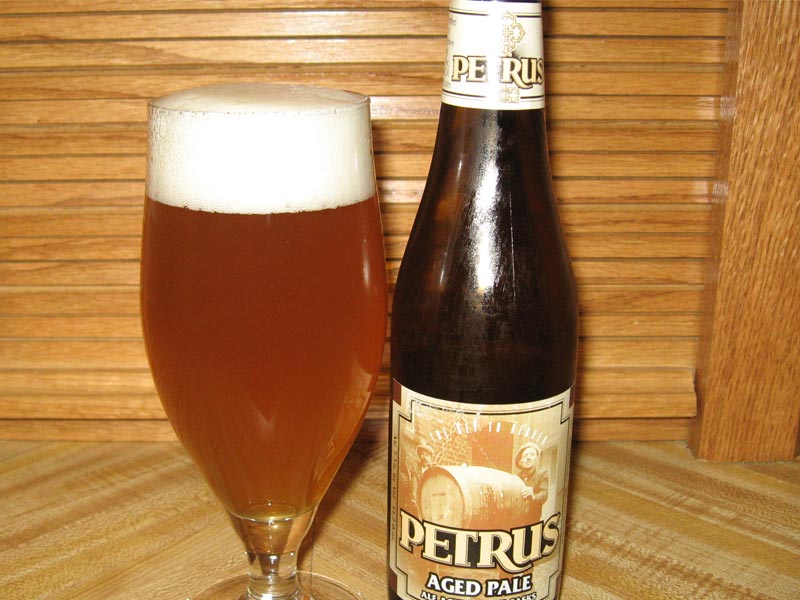 Holy Cow!!! My taste buds just got rocked. I’m sampling a Belgium pale ale and it was not what I expected. Petrus, a brewery known for its Flemish Brown (Oud Bruin) Ale, apparently produces a wider range of beers than I thought. Part of what tricked me was that this beer is technically a Sour Flemish Red Ale, but a pale variation of it.

The color is a straw pale with golden highlights and the head is a fluffy white lace. Right away I got an overwhelming sour aroma and that was about it. There was a minor hint of oak and honey, but for the most part all I picked up was tart, sour notes with a low fruitiness (raspberries, cherries). I visited the website on the bottle and it says that there are hints of Sherry because of the aging, but I’ve had sherry before (have a bottle in my cupboard) and description does not hold up in my opinion.

The taste was sour all the way through. As it warmed up I did get a little pale malt flavor, but the finish was tart and sour. This beer made me pucker and cringe to a certain degree. If you’ve seen Dumb & Dumber, you’ll recall the scene where the cop drinks out of the beer bottle after pulling them over. Yeah…that was my reaction. The ABV is 7.3% but it is not noticeable.

I was hoping this beer would turn out to be something along the line of their Oud Bruin and it was not. I pushed passed my disappointment, readjusted my expectation, and could still not find it in me to fully enjoy this beer. It might be great to serve has an aperitif as folk mill around before dinner.