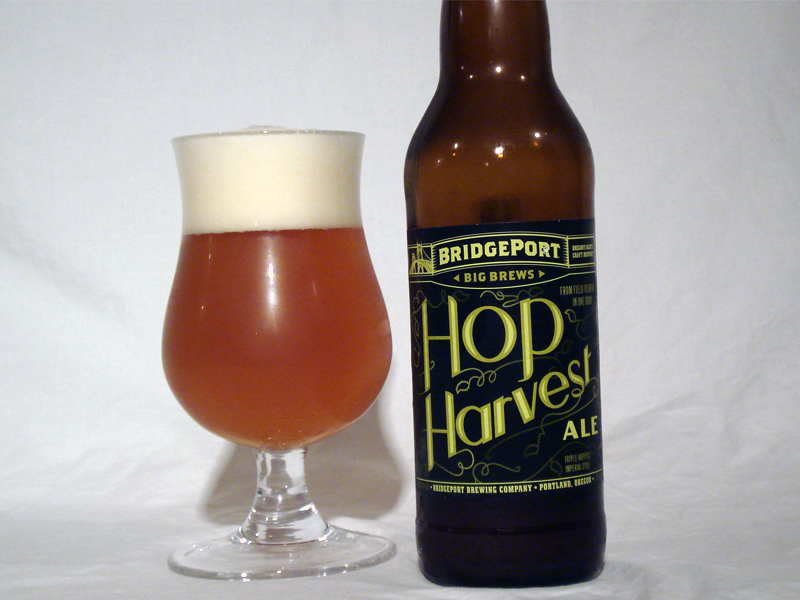 What a glorious beer! Instantly I knew my grade based on two factors. The first being that it poured a light golden color letting me know the malt was only there to act as a sweetener and second, the hops were bursting with a vibrant fruity quality that filled the air around my glass. This beer is limited not only by the season, but by production as well. Sold in kegs and 22 oz bombers, keep your eye out for this one. If you come across it, buy it. You’ll thank me later.

With the hopping of their Hop Czar and malt profile of their IPA this beer fall directly in between the two. At only 6.56% ABV you can drink this all day and get the blast of hops found in Imperial/Double IPAs. However, you will get a much more juicy hop quality as well due to the use of freshly picked hops. How fresh you might ask? Well, the label reads, “from field to brew in one hour.” Wow! That beats Deschutes’ Hop Trip by a few hours. These fresh hop cones impart a juicy aspect that makes this beer come alive.

The aroma is similar to that of Hop Czar in that it is uber piney, pungent, resinous and almost medicinal. While there is a citrus quality, the focus is on the sappy pine notes which I appreciate. Lemon seemed to be a predominant aroma. The malt aspect delivered just enough caramel sweetness which actually boosted the lively fresh hops.

The taste was super drinkable and hopalicious. Definitely a hop harvest ale that deserves attention (not to mention brewed every year). At first it had that classic imperial IPA hop wrecking effect until my palate got use to it. Then the front part of each sip was very unassuming. That was of course until you got to the back half. Sticky, resinous, pungent, fresh, and juicy. The piney quality was there, but inlaid against a deeper Centennial hop background. The malts did lend a toasty bready quality in the middle of the palate and aftertaste. Aside from that it was all hops.