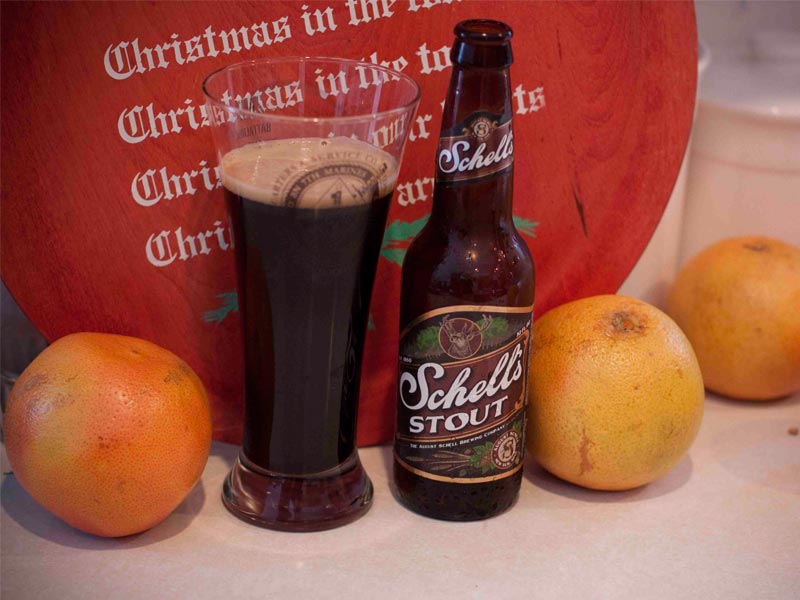 Two things drew me to this beer on Christmas Eve day. Number 1… It was free. What can I say, I am a cheap beer snob. Make that a beer snob who’s cheap. Either way, August Schell’s Stout was in the fridge that had been prepared for the holidays. Number 2… It was a stout. Is there really any other kind of beer in this world worth drinking on a winter afternoon? I would argue there is not.

This beer comes from a brewer that is best described in terms of Character… The movie Office Space called it Flare, August Schell calls it, “The second oldest brewery” in the states… Since 1860! That means it made it through prohibition, the wars, the great depression, and many other times when other breweries were unable to keep their doors open. This stout, however, was introduced in 2006 in response to demand for a year round version of their winter seasonal.

Anyhow, this beer has lots of character. It has a rich caramel smell and an incredibly deep taste. It poured with little head. As for consumption, it was more bitter than most stouts, and flavors of chocolate and hops were very apparent with an aftertaste that made me pucker.

All in all, this beer reminded me of an old man, smoking a pipe, complaining about the weather and politics, on a lake somewhere up north. If you like character, you’ll definitely want to try this beer, after all it is brewed by one of the oldest breweries in America. As for me, I was glad I tried it, but it was a little too much for me. It tasted like a Stout that tried to have so much character that it went and mixed with an IPA… No thanks.