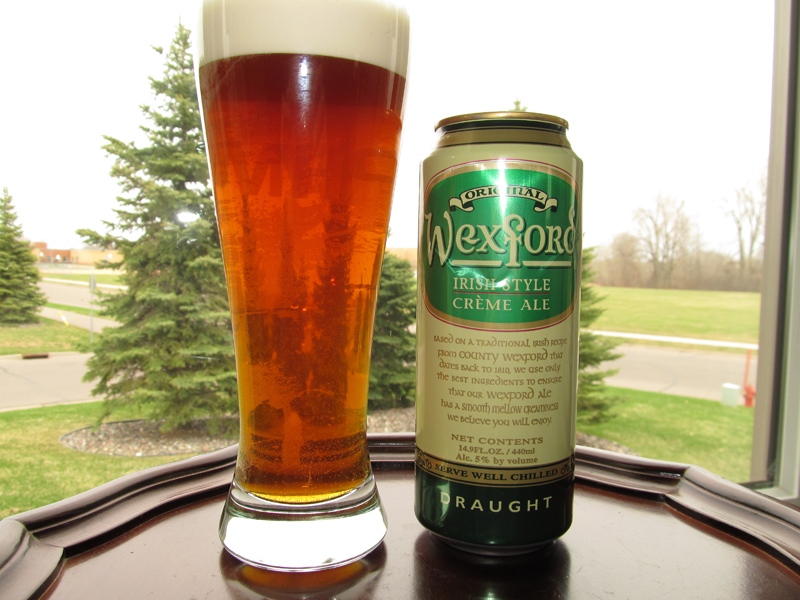 I love St. Patrick! He is an ancient hero of mine. His vision,determination and focus inspires me to this day. So when it came to celebrating St. Pat’s Day I get fired up. However, I’m a bit embarrassed to say I don’t like Guinness! Sorry but I just don’t like this St. Patrick day staple brew! So when time for the celebration came I picked up an English Bitter called Wexford Irish Cream Ale.With the substitute in hand the celebration continued without missing a beat. Now about the beer. Wexford pours presenting a creamy tornado of rich, lacy, long lasting head (It’s the nitro!). In fact, if you like a creamy pour and the world’s longest lasting head you’ll love this beer. If rating the pour and the head was the only thing to be considered this beer would be rated A++. But we all know that’s just the show. After it settled down a very nice amber/copper color emerged to accommodate the citrusy aroma that had a hint of butter, caramel and bread. I was ready for hit in light of my anti-Guinness attitude.It was not to be. The taste was not as good as the smell and the mouthfeel was thinner than the head lead me to imagine. Mild is an understatement (maybe that’s what an English Bitter is) although I still like it better than the St. Pat’s tradition. So if you are not into Guinness try this out. A 5% ABV let’s you can drink away with little caution but in light of this low alcohol content there’s not much substance. I’ll try another substitute next March 17th in my search to break a tradition.