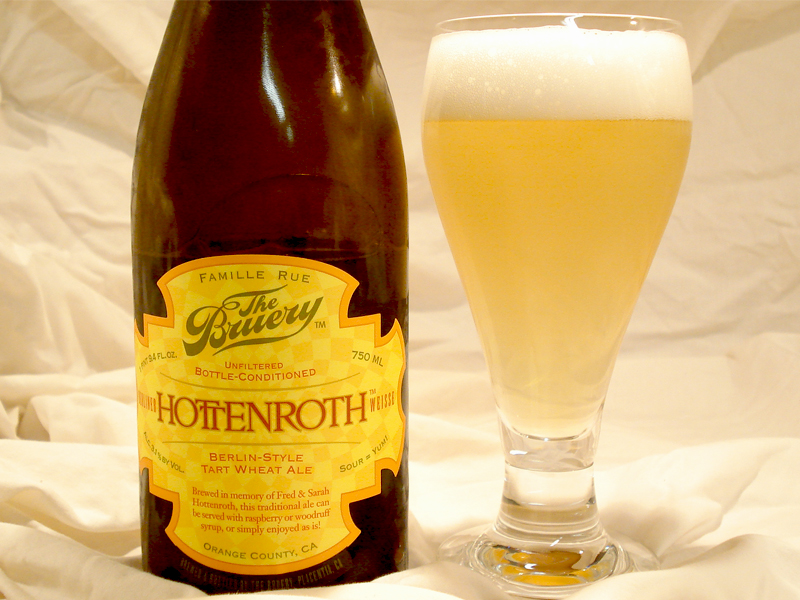 I acquired this bottle for the purpose of doing a side-by-side comparison with Dr. Fritz Briem’s 1809. Being a style that not many breweries produce, I wanted to see how an American replication held up to its German model.

Using the same glass (to limit the number of variables) I emptied this low 3.1% abv beer and thought I was pouring water at first. Seriously! The color was so light it looked something close to watered down lemonade. Almost a white gold-straw color that was slightly hazy. The head was similar to the 1809 with a fluffy white plume that fell quickly. Likewise, the carbonation level was the same as it produced an ever-present film of bubbles.

The aroma was straight up wheat. Actually, closer to the smell of an American wheat beer…you know, that cleaner bready yeast strain smell. The lactic acid was restrained yet there was wild yeast thing happening from the Brettanomyces used. It did not come across as phenolic (sulfur-like smell) as 1809 did. Grassy, hay-like, oats, and wheat highlighted the nose. There was a minor tartness that reminded me of sour green apple candy.

Taking a big gulp to refresh my palate I noticed it was lighter than the 1809 in both flavor and mouthfeel. Wheat notes abound and with the lack of banana and cloves notes I was able to focus on the bare bones of this beer (being that it is essentially a wheat beer). It was like diving into a grain bag of sorts. There were some fruity esters, but not as much lemon came forward. The sourness that I was expecting in the taste was rather restrained as well. I could tell it was there, but the tart, almost puckering effect, did not come until the back half of the sip whereas the 1809’s sourness was present up front and on the sides of the palate. The finish was not as dry, possessing a shandy-like aftertaste instead.

I found the mouthfeel a little too light, yet at the same time it was perfect for a refreshing summer afternoon beverage. I was hoping for a little more tartness to present itself. I felt as though I was drinking a glass of lemonade with some wheat. Not a bad beer on its own merit, but compared to 1809 it come up a little short.