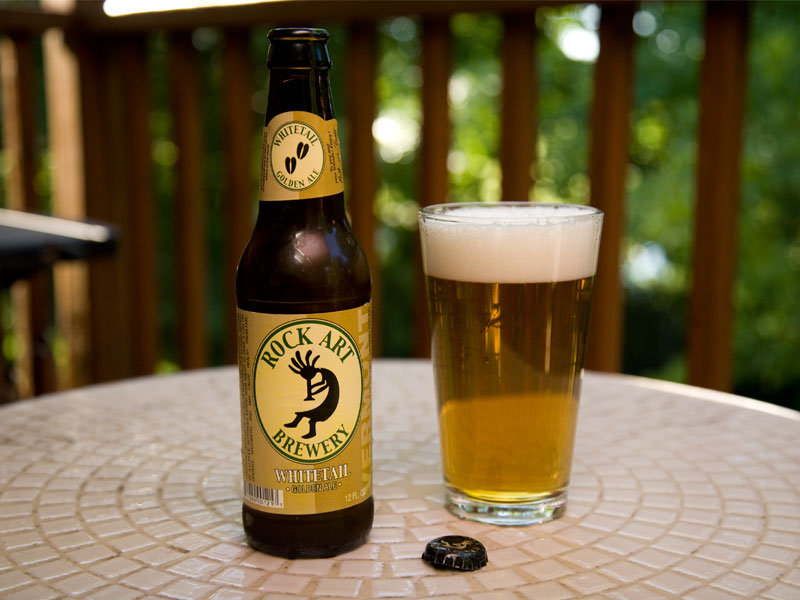 Only the second beer from Rock Art Brewery that I have tried, Whitetail is a nice crisp ale that has great balance. After enjoying the Ridge Runner Barley Wine I was looking forward to something a little different from Rock Art and Whitetail fit the bill (it was also the only other one I had).

Pours – gasp – a medium golden straw color with a finger or so of bubbles on top. Looks crisp and well carbonated. The nose spoke of hops and grains, namely the wheat malts and Northern Brewer/Mt. Hood hops. Not a big nose, but enough of one to whet an appetite. Whitetail delivers in taste … it’s got a nice citrusy bite at the start, which mellows to malt, then finishes on a hop note.

I know for sure that this Whitetail Ale is much tastier than Shiner Blonde. I am very curious to try Whitetail alongside Two Brothers’ Prairie Path, which is another Blonde Ale I enjoy. Unfortunately Rock Art is small time and doesn’t distribute anywhere near Illinois.

All in all I will say that Golden Ales aren’t usually beers I look for when the clock strikes beer, but I believe Rock Art’s offering here is carefully and well made. Good from the nose through the finish. Looks good, smells good, tastes good. Just doesn’t amaze.