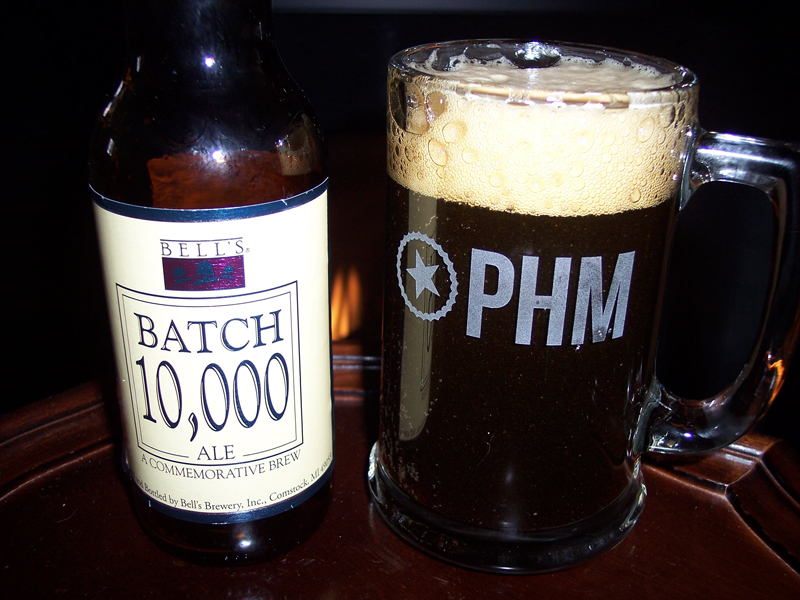 If I was to name this beer I’d call it “Deceptive”. I was surprised by this beer. Tricked! Deceived! I’ve never had a “hoppy porter” or a porterish IPA. I picked up two bottles of Batch 10,000 thinking one for “now” and one for later. This is the “now” one. Batch 10,000 poured the color of a high quality root beer and yielded one finger’s worth of head. Lacing was nice. Aroma was very hoppy. Surprise! All this drew me even in more. Deception! Florals were present along with the hops. My imagination went to a double IPA but my imagination was all the further the hope of IPA went. Tricked! The taste was complex, interesting and confusing. Hops and malts, chocolate and hops, florals and pine notes. Yet all this is a porter-like taste. Strange in a good way. The mouthfeel was thiner than I like but there again “porter like”. Some carbonation lingered throughout the session and it ended with a nice sting and a little medicine. I liked the beer once and will look forward to the anniversary date session as well. I probably won’t have another between now and then.