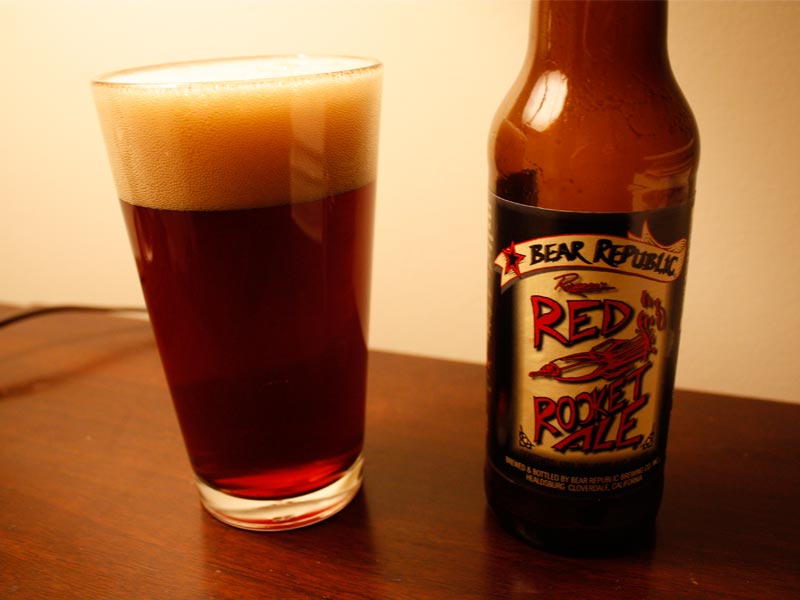 Aroma – Hops, IPA-esque, but slightly muted, not as pronounced as an IPA. Hints of caramel as it warms.

Taste – Bitter, a tad bit alcoholic, malty, spicy and resin-y with a solid hop presence. Fairly complex maltiness but the hops coat your tongue and mouth. Perfectly carbonated for this flavor combination.

I like this beer: it’s big, it’s red, and it’s blasted with hops. Not an everyday beer, but a good one. At 6.8% you feel like you’ve just had a beer, but not too much that you can’t drink more than one if you so desire.

Recently I inadvertently brewed a beer in this same flavor vein. Big, bitter, hoppy and red. Mine was 6.66%. Should have called it Red Devil or something. It was too bitter though – I used 2.5 oz of bittering hops which is just too much hops to use for that part of the brewing process. Mine was not nearly as well rounded as Bear Republic’s.