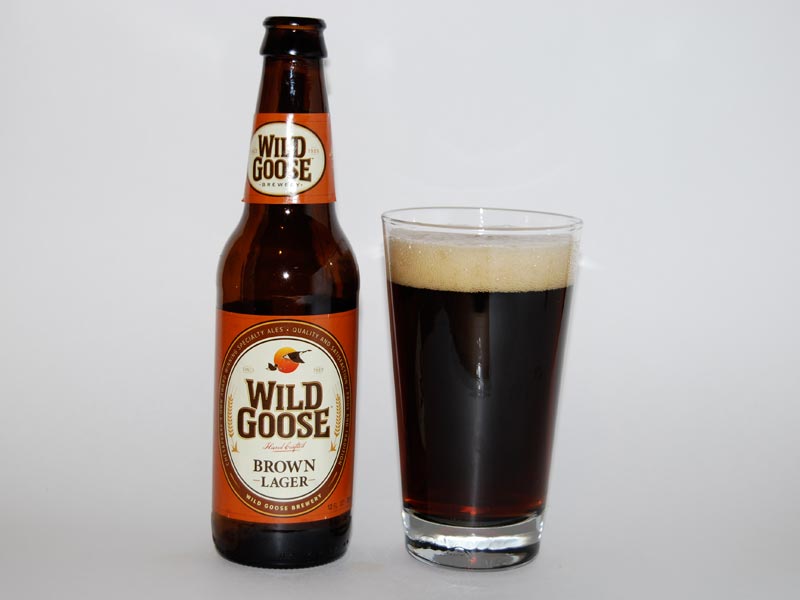 Its a windy day in the Windy City and the abnormal heat of the first Friday of April is being tossed around like a rag doll outside my back door. Typically, a beer before the work day concludes is a no-no for me, but today’s a day off and 2:00pm is as good as quittin time. Being that I still had several hours of this day left, I decided on a low ABV brown lager by Wild Goose. The bottle is organic ish; neutral tones, and the Canadian beauts flying across a setting sun, its appealing to the eye.

The brown lager is a lighter brown, but dark enough to not be completely translucent. A bit of a head disappears and leaves me with an easy sipping, sessionable brew. It smells an interesting combination of roasted meat, caramel and light roast coffee. By no means are these strong scents and the uneventful, but pleasant theme continues on the tongue. It goes down easy, not too carbonated and just a hint of bitter on the finish, a heavy, earthy hop, instead of the refreshing, crispness of an IPA. There is a bit of sour tang that eases its way into that finish and beyond that, there isn’t much to it. I definitely enjoyed the brew, it was refreshing, easy to drink and interesting enough to keep me sipping. Like a pleasant dinner guest, who attentive and laid back, but cracks an appropriately placed joke every now and then, just to make sure you haven’t forgotten he’s there.

While the ‘C’ may seem low, as they say in school ‘its average’ and this beer was just that. With enough extra to throw on the ‘+.’