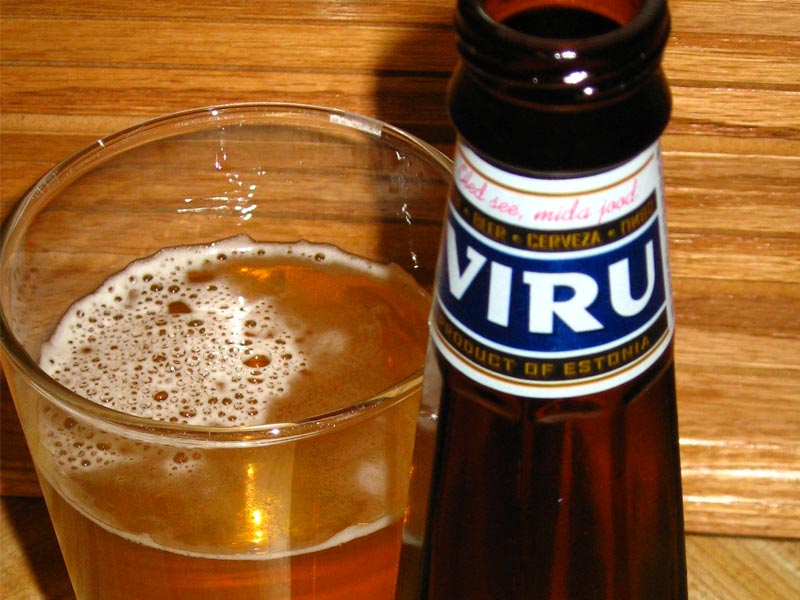 Have you ever been duped? That is what happened to me when I purchased this beer…well, sort of. Before I bought the bottle I did note that it was produced in Estonia. If I have learned anything while sampling beer; it is that most formerly Soviet influenced countries in Europe make some pretty piss poor lagers that all taste the same. When I reflect on this beer, I really only bought it for the bottle, plain and simple.

So, Viru (pronounced vee-roo) has two things going for it. First the design of its bottle which you have to admit is pretty cool. The second is the website. Both of these marketing strategies are better than the beer they endorse.

Supposedly, this is a pilsener-esque brew that uses Saaz hops and golden pils malt. I’d say the only descriptions they got right were the “fresh Estonian well-water” and “easy drinking” as the beer was more watery than anything. The malts were not sweet or caramely, the hops did not linger, and it was not well balanced. I literally thought I was drinking Miller Lite or water from the tap. It tasted like an American adjunct lager. I think every beer is worth a try and at least I have a cool bottle to add to my collection. I think the brewery should maybe focus some of their marketing money into bettering the quality of the product. This is not a beer that I’ll be drinking again…ever!