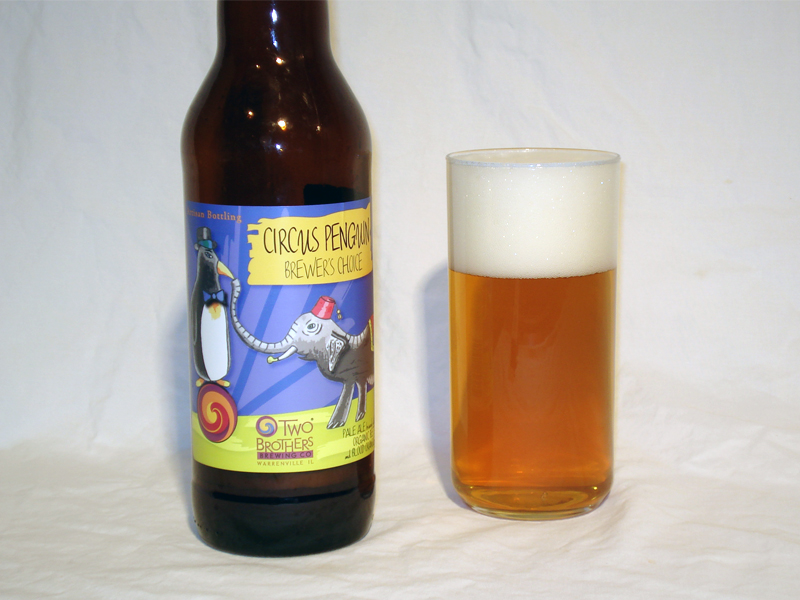 A surprising beer that caught me off guard by one of my favorite breweries.  Apparently this is a brewer’s choice concoction where they collectively decided on the malts, hops, ingredients, label design, and name.  I must say, I’m not a huge fan of the label and name partly because it does not sound like some up-and-coming weird brewing company trying to be ‘different.’  Regardless of my attitude towards the label, I must admit that sampling a pale ale brewed with organic beets and blood oranges had me intrigued.

I was interested to see how they incorporated the not-normally-used-in-beer fruit and vegetable.  It poured a lightly hazy golden hue with the faintest touch of bronze from the oranges and beets.  I was expecting more of a reddish tint to it, but was glad when it looked closer to their Prairie Path Golden Ale. The head was dense and had an off-white shade as it lasted the entire session.

To be honest, it smells a lot like their Bitter End Pale Ale.  It is only a few more IBUs and the malt aroma is strangely familiar.  Moreover, the yeast profile gave off a very recognizable nose like that of the Prairie Path.  Well balanced between hops and malt, it allowed me to search for the beets which were found right beneath the initial layer.  They added a very unique smell.  Earthy (just like 2 Brothers hoped) and somewhat spicy.  I’ve never had beets before-only smelled them at the grocery store-so I was not sure what to expect.  Summoning my inner Dwight Schrute, I took my first sip.

Different, but good.  This beer is well crafted and seems to embody their both their Pale Ale and Golden Ale in both malts and hops, with a touch of something out of the ordinary.  Hoppy enough to satisfy the hop head, yet smooth enough to coax the malt junky in.  In all honesty, I can tell there is an organic component to this beer.  It is earthy and has a fresh top soil quality to it (in a good way).  The blood oranges do help to lay a citrus base that supports the hops, but for the most part they take a backseat.  An interesting brew for sure.