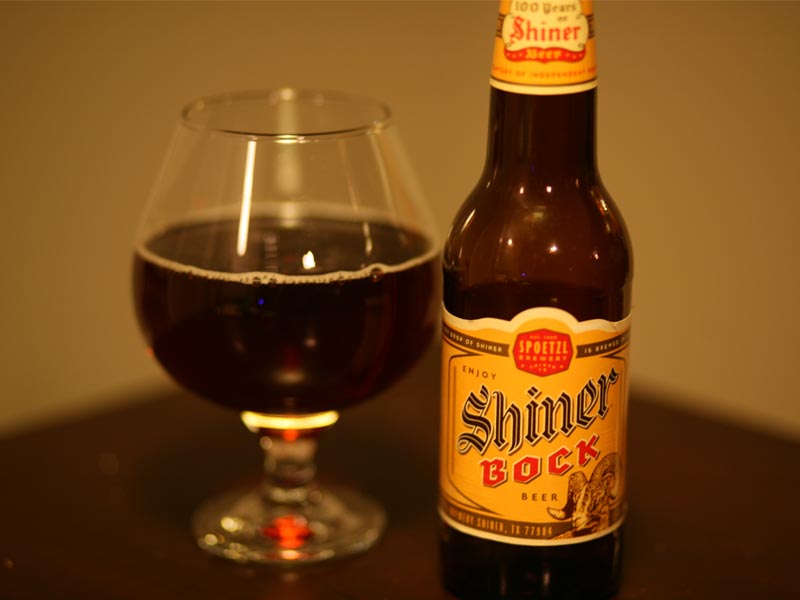 From the Spoetzl Brewery in Shiner, Texas, I give you Shiner Bock, the brewery’s most notable offering. Spoetzl’s Bohemian Black Lager was the first I tried of theirs, and has since remained my favorite. After sitting down with a regular Shiner Bock, that statement continues to be true. I am not in any way excited about Shiner Bock.

Pours a faint brown with a half a finger of head. The smell is unimpressive, a little bready but not very satisfying at all. On to the taste: fairly smooth, a little malty, but still … not a whole lot to write home about. Seeing as how there are a million beers in the world, and no time to try them all, I don’t believe I will be coming back to this one unless it’s at a wedding or party where it’s the Bock, or a light beer.

Now, I’d like to talk Bock for a second. Essentially these are darker, stronger lagers with a rich historical tradition dating back to 14th century Germany. So, I can’t complain about the style. They are very low on the hops, and feature Vienna or Munich malts, which donate to the color and “toastiness” of the beer. ABV is low, making it sessionable. Other than that Spoetzl’s Bock beer seems pretty tame to my taste buds.