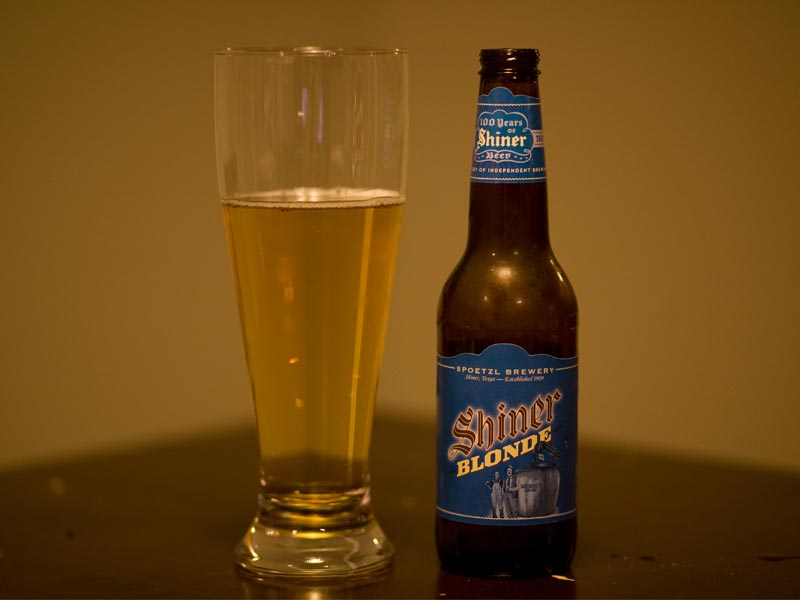 It’s a winter wonderland out there, and I’m inside, gazing at the Fraser fir, sipping a glass of Shiner Blonde Lager. Another standard offering from the Spoetzl Brewery in Shiner, Texas, the Blonde Lager is pretty simple … and blonde. Here’s why.

It’s a ditzy beer. Not much going on inside. No head at all, and gold in color. No floaties. Doesn’t smell like much of anything interesting, and tastes like beer, hardly any malt or hops taste to it, though id definitely has a little bit of bread to it. Honestly, I have always wondered what gave with this beer … why it was such an important brew that they made it a permanent player on the roster. It’s fairly light. Maybe a pizza beer. A beer you can drink lots and lots of.

When critiquing beer, I wonder if anything should be said about beer that’s made for quantity. I don’t like to drink lots and lots of beer in one sitting, just a pint or two usually. So, this beer doesn’t really appeal to me at all. It isn’t exciting. Probably not worth trying unless you’re trying to get hammered.