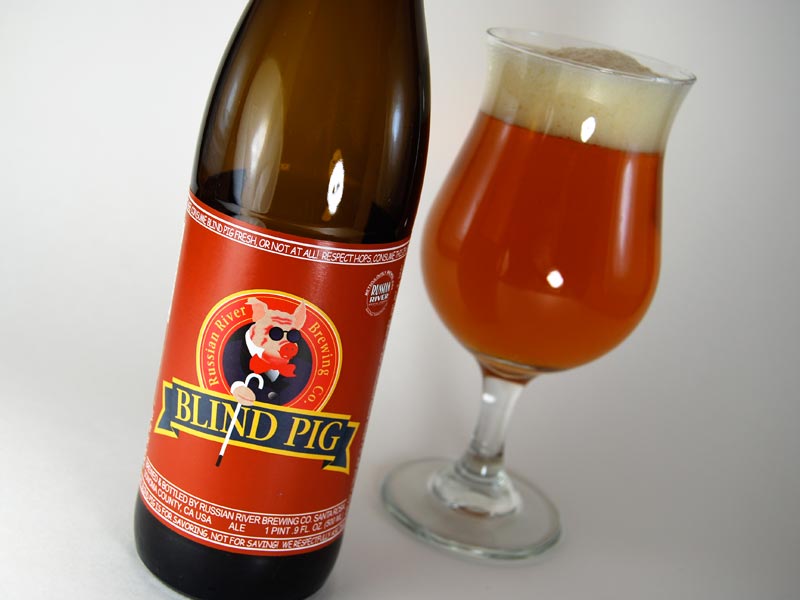 Nate: I also had a somewhat slow few days at work this past weekend (see Tom’s post on John John Ale). It left me a few free moments to catch up on the latest brewery news. Somehow I ended up on Yelp and came across a liquor store in San Diego that had a lot of positive comments about its craft beer selection. I stopped by this store today. It’s a small, quaint liquor store in the Kensington neighborhood with fine wines, excellent craft beer and a deli. As I was perusing the selection I received some direction from Paul, the man behind the counter. We talked personal likes and dislikes as far as beer goes. I took some of his suggestions and also picked up a few beers from breweries I really like but hadn’t yet tasted. We talked single malt scotch but decided to save that venture for another day. At the end of it all I walked out of the store with a half dozen bombers, richer in barley and hops yet a bit poorer monetarily. I’ve shared this because the PHM is after all about community. I was happy to form this new relationship and I think Paul was pleased as well. He threw in a complimentary $8 bomber and wished me a pleasant evening.

Russian River is well respected in California. I really haven’t heard a bad comment from those I chat with who stock the shelves at the beer store or who pour me a pint around town. In fact, on the somewhat rare occasion that a Russian River beer graces the tap lines at the pub it is sort of a big deal. Some of their 22oz bombers run upwards of $30 dollars in the store. They are certainly a unique entity.

Blind Pig is their (affordable) IPA. It is a fantastic beer. Here are some of my thoughts as I drank:

Beer pours smooth and softly, reminiscent of a hoppy pale I once had on cask at Deschutes brew pub in Portland. Strong hop aroma. Very fresh hop aroma and taste. Full malty flavor. Bitter but not offensively so. Bitter like a west coast IPA should be. Rounded mouthfeel which may have something to do with the temperature of the beer (drinking it at more of a cask like temperature). I would drink this beer and I would drink it again and again.

Michael: Chicago is a great place for great beer. There is access to beer from breweries all over the world and an incredible, and growing, brewery culture. However, there are some beers that one just can’t get in the Windy City and its those beers that seem that much more desirable. Well, Russian River Blind Pig is one of those such coveted brews, but with the help of an overly generous sister-in-law, it now sits in my tulip, on my coffee table, in my very own home

It erupted with aroma the second I cracked the cap. Hops rushed out of the bottle, into my nose like helium out of a popped balloon. Major floral, a bit of citrus, no malt to be smelled. In flavor, the hops were, of course, huge. The color was a sprightly orange, bright and inviting with a head that seems to burst from nothing. An even layer of yeasty, ivory whipped cream. On the tongue, the first thing I noticed was actually the last of the sip. The finish, rather than the bitter, biting hops-heavy ending that I expected was, rather, smooth and easy. The beginning and middle were more of the same, hoppy to be sure, but not abusively so. There were earthy notes and floral, mainly, the citrus in the nose seemed absent. The mouthfeel was smooth and chewy, it seemed thicker, almost like a smoothie, watered down enough so you didn’t need a straw.

Very, very good. This one lived up to its reputation, a hop-heavy experience in true West Coast form.