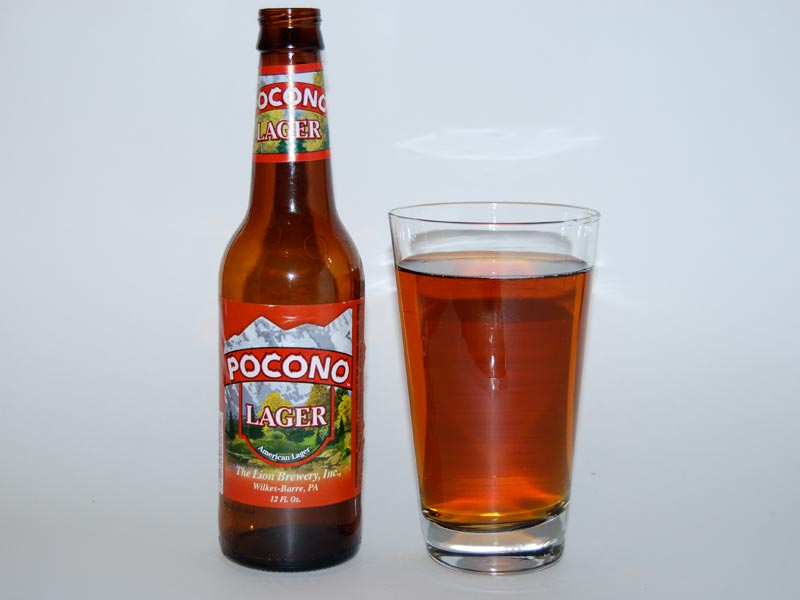 I had a crazy week. I drove over 22 hours in a period of four days. I went to a baby shower and a funeral. I was in 5 states. I went from the 3rd largest city in the U.S. to a quaint little town of 1200. All that to say, it was eventful.

Pocono Lager…was not. It was orangy brown in the glass with no head. It had a pleasant, but simple smell of bread and grapefruit. Not a single bubble of carbonation made for a very flat taste and yet finished with a sting that would normally be attributed to the fizz. It seemed completely void of hops and didn’t have a redeeming balance of malt to make it interestingly roasted or rich or sweet. Perhaps a bit of interest came in a faint minty scent, but it was so light it could have been a soapy remnant from my glass or a twig of my christmas tree buried in between the cushions of my couch. Despite my critiques, however, something must be said in defense of Pocono. Right there on their site, as plain as day, they admit that this brew is ‘a standard American Lager with a twist.’ While I wouldn’t necessarily admit it, they have, and thus are possibly closer to hitting their mark than I thought.

If you’re looking for an American adjunct, but better, maybe this is just your ticket. But for me, it seems like there are too many beers with a ‘twist’ that makes me smack my lips and crack open another one. This one seems pretty, well, standard.