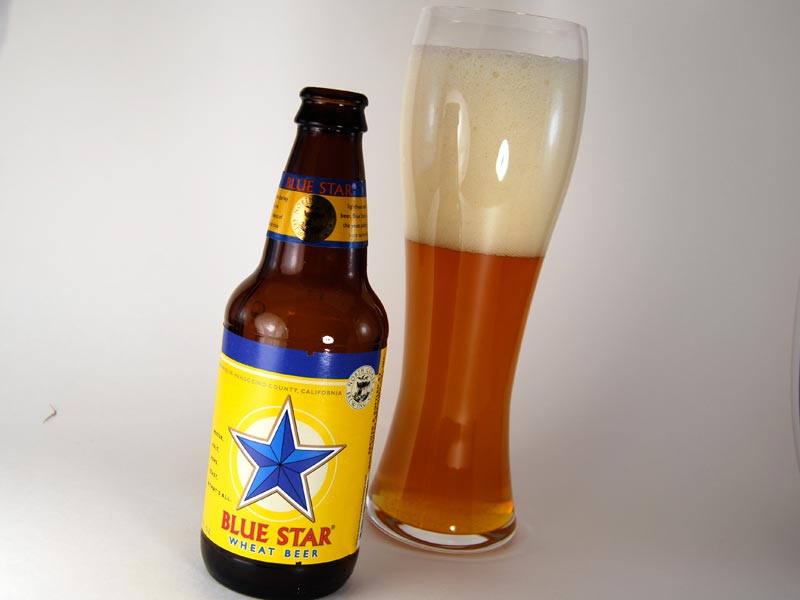 As I’ve said before, beer is the best gift someone could give. Okay, maybe not the best, but top three, easily. This one was a single from a set of six, a mixed bag of California brews graciously bestowed on me by a friend.

I have always loved wheats. Now when I say that, I realize that this probably separates me from the ‘connoisseurs’ out there who lean towards the double IPAs or the Russian imperials or the barley wines of the world. They may look down on wheats, I don’t know, but then again I don’t really care either. Blue Moon, yes that Blue Moon, was what really turned me on to craft beer and despite the fact that its been many months since I’ve had a swig of that particular brew, it still holds a dear place in my heart.

This wheat in particular poured an initially monster white head. I wasn’t overly aggressive with my pour, but it was puffy and fluffy and just plain pretty. And yet, I’ve also never seen a wheat dwindle from quite such great heights, to such a thin layer so quickly. Before I even powered up my laptop it had popped itself from a swollen ball of foam to a simple smattering, the only remains of its greater glory were the splotches on the upper edges of my glass. The beer itself was a typical cloudy orange, lacking the transparency to even tell what level of carbonation there was. The smell leaned less towards the citrusy and more to a yeasty, spicy blend. Hints of lemongrass were present as well.

The taste was rich, no off tones, a well-crafted beer. It was refreshing without being overly light and rich without lingering too long. There was more citrus, very orangey actually, in the flavor, surprising considering the complete lack of it on the nose. This brew made me want to stop writing, stop thinking too hard about the hops, malts and makeup and simply drink. It made me physically crave warmer months, grilled meat and good friends gathered around a backyard barbecue. I was glad for the reminder of my roots and have found a wheat that allows me to enjoy it for its taste and the nostalgia it brings.