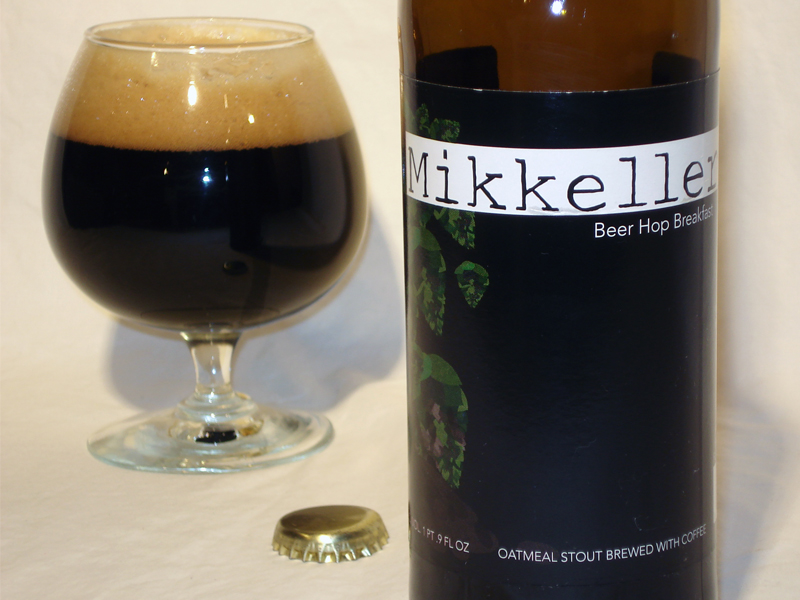 Contrary to what some review sites suggest, this is not a Black IPA.  I can see where the flavor might throw someone off, but if you read the label it clearly states that it is an Oatmeal stout brewed with coffee.  It just so happens that Mikkeller decided to increase the hopping on this one in order to provide another variation of his base (Beer Geek Breakfast).  I’m sure most of you by now have realized that Mikkel is all about the beer education and brews a few different renditions of the same beer for flavor and aroma analysis (i.e., yeast, hop, barleywine, stout, and barrel aging series).

That said, lets dive in.  Wow.  Talk about an interesting look at discerning where bitterness comes from.  In the base varietal, the bitterness came from the burnt grains and coffee.  Those aromas are picked up here, but under the cloak of dank pungent hops.  Here the hops provided some life or freshness to the aroma, lifting it from a place of deep dark burnt notes to that of spicy, herbal, floral vegetation.  The astringent grains and coffee are still noticeable on the nose more so than in the flavor.  A woody, dank, pungent, earthy, piney, spicy hop quality was very evident on the aroma.

With regards to taste…it is a resinous almost puckering experience.  I can see why many might classify this as a black IPA, but honestly, I think it is closer to  3Floyds Black Sun which is definitely a stout…the hopping is just intense.  My best guess is that a high alpha acid hop was used like Columbus, Galena, or Nugget.  Whatever was used, the finish is pungently bitter and resinous.  This combined with the coffee and astringent grains creates a Coca-Cola flavor in the distant aftertaste.  However, the more I drank this beer I realized it was a hop bomb.  The hop resins and oats created a much more slick and oily beer this time around.  I found that the hops basically overpowered the base flavors causing some frustration.  I enjoyed the oatmeal and coffee combo which no only seemed to present itself in the finish.

There are still the great stout notes as found in the original where the coffee retains some dominance, but the hopping really makes to think and appreciate there the bitterness can come from.  While, I guess this might have similar flavors to a Black IPA, I found it more of an expansion upon an already existing brew.  That is my opinion and I’m sticking to it.