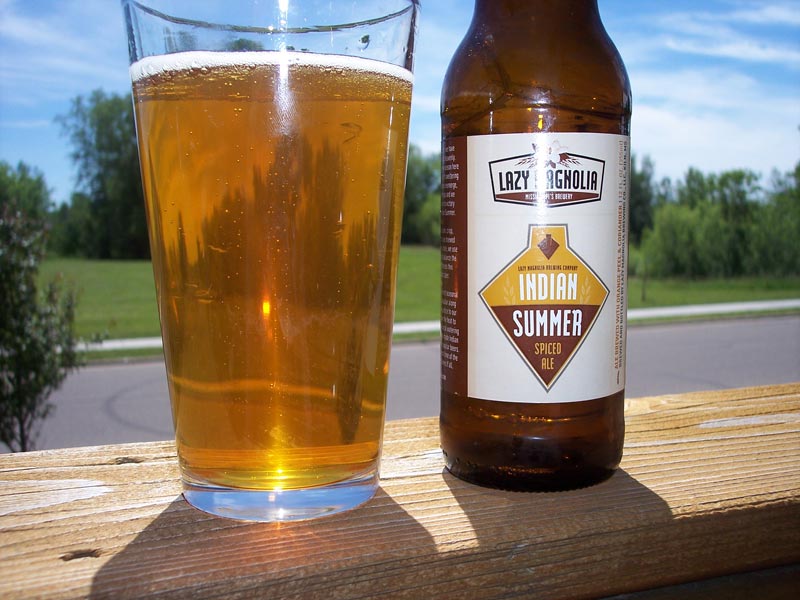 I love Brett Favre so when I saw that Lazy Magnolia is brewed in Kiln, MS (Brett’s home town) I was even more curious about the great name “Lazy Magnolia”. This light amber colored spiced ale starts with little fragrance and a mouth “sting” that wakes you up. Advertised as a spiced ale I found found little spice. There is a hint of orange if you know what you tasting for (I often don’t know). It is advertised as a very dry, crisp base which it delivers. The brewers boast that is it aimed at “Deep South” beer drinkers who look for light beers with minimal caloric makeup. I don’t know about the calories but it was light and drinkable. That being said I’d say it is much better than your big brewery light beer, so don’t avoid it for the “lightness” label, but nothing that is going to get me to buy a six pack in the future. Try it for Brett if nothing else.