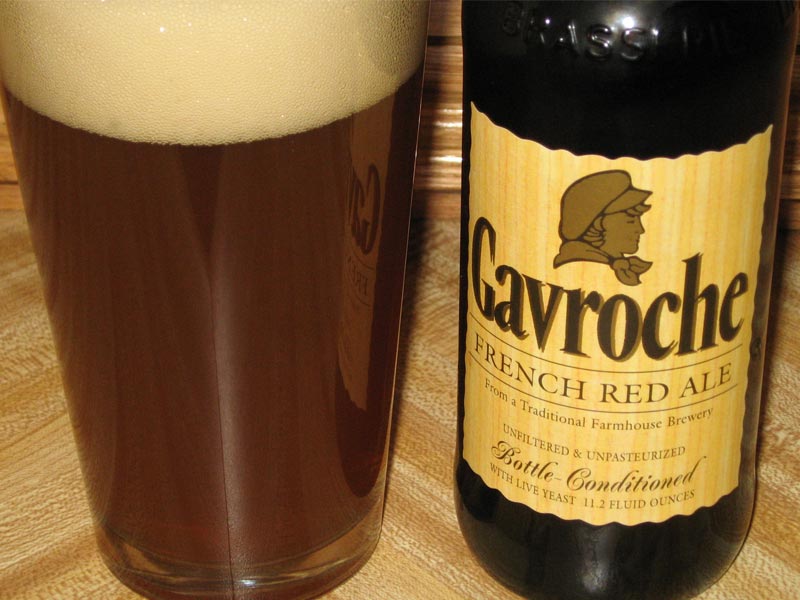 At the beginning of my beer sampling days I was heavily into IPAs and Pales. I liked the hoppy bitterness that they carried. A year later I was into Stouts and Porter for their roasted malt profile. Currently, I’ve been enjoying Red Ales. My influences? Matt and Nate, who share in my joy for home brewing. The two of them have been on a quest to perfect a recipe for a Red Ale. During my conversations with them I found myself gravitating towards this style for its rich caramel character and medium to high hopping (depending on country of origin). In my humble estimation Red Ales are one of the most well-balanced beers you can find.

One day I happened upon a lone bottle proudly standing amongst some six packs in the international section. I took a glace and then did a double take. What had I found? Why it was a French Red Ale. Perfect!

Brewed from a traditional farmhouse (so says the label) this beer hit the spot. The beer is unfiltered meaning that there is some yeast left over. Sugar or dry malt is added to the batch before it is bottled to give the yeast something to feed off of while in the bottle (known as bottle conditioning). It has a pleasant red hue with some hazy from the residual yeast. The head was frothy and a slight tan/copper shade leaving rings the entire way down the glass.

The aroma was bready, caramely, toasty, and I was picking up what I thought to be some Pils malt. There were definite fruity ale notes and from what I could detect, the hops used were more floral and lower in bitterness than American versions. The taste was great with just enough bitterness to round out the malts. It was higher in carbonation because of the conditioning and I did notice a slight metallic off flavor. This could be oxidation due to sitting in the bottle too long. I enjoyed it and would drink it again.