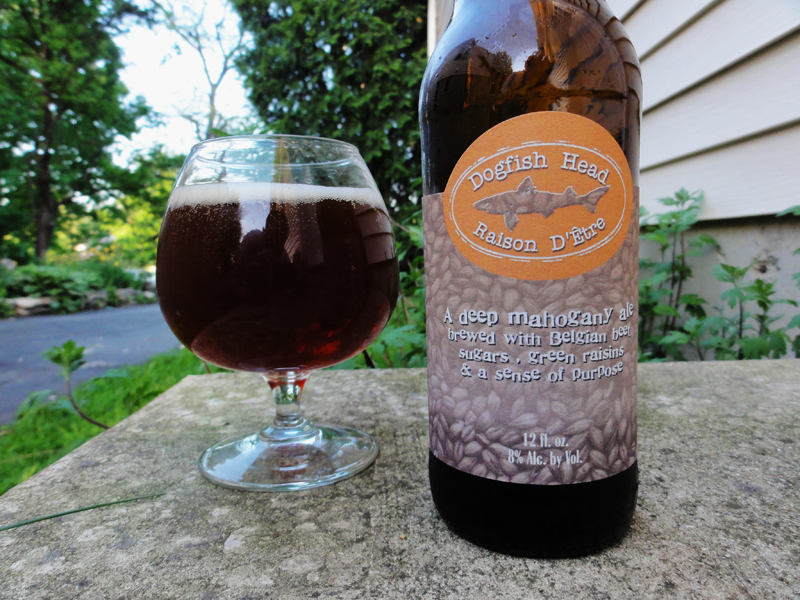 In the world of beer, there are Belgians and there are Germans. In many ways, I like to think that this dichotomy can be used to characterize much of the beer world. Belgians are most notably understood in contrast to reserved brewing practices of their neighbors to the east. To understand Belgians, you need to understand the German Beer Purity of Law of 1516 (Reinheitsgebot in German, pronounced like Rine-hites-geh-boat), which states that a beverage can only be called a beer if it is made of water, barley, and hops; nothing more, nothing less. I like to think that Belgian beer was born out of a particular disdain for such a law, and while I certainly can’t back that up with history, it sure seems to be true. Belgian beers are widely varied in their list of ingredients. Many use things such as sugar, coriander, orange peel, and Belgian candy: impure beers, or not beers at all, by German standards. The Belgians are known as the experimenters of the beer world.

I think that Dogfish Head’s Raison D’être (which means “the reason for existence”) is a good example that there are two ways to be “Belgian.” You can be Belgian in recipe (i.e. follow a classic belgian recipe) or you can be Belgian in spirit (throw whatever you can find in the boil). In many ways breweries like Dogfish Head exemplify that same experimental Belgian approach to beer. Sam Calagione recounts in the early days of Dogfish Head, brewing beer in painfully tiny batches, that he got bored with brewing the same things. Raison D’être was born out of a trip to the kitchen where he snagged a few handfuls of raisins to see what would happen if he threw them into a beer.

Raison D’être is admittedly like no classic Belgian beer I’ve ever tried. And while it exhibits the classic spicy yeast flavor and aroma of classic Belgian beers, its flavor profile is balanced with a high degree of maltiness and fruit character. It pours a beautiful deep amber with a fairly minimal creamy, white head. Belgian lace coats the glass. The aroma is spicy and fruity, almost winelike. The flavor is not at all what I was expecting from a Belgian style beer. Although the spicy and aromatic yeast plays a prominent role in the flavor profile, the muted raisiny fruit notes and malty characteristics throw you for a loop. The flavor is spicy and almost tart as it hits your palate, but then tapers off into a lingering malty and slightly bitter yeasty aftertaste. There is a minimal hint of alcohol burn as this unassuming beer reaches 8% ABV by the addition of Belgian sugar. You will often hear words like “fruity” and “spicy” to describe Belgian yeast characteristics, but to be honest, they hardly capture the flavor. Frankly, one just has to start trying beers brewed with Belgian yeasts to understand the kind of character they impart to a beer.

Admittedly, I expected Raison D’être to be a little bit more memorable as a standalone beer. Ultimately, it was brewed with a strong malt backbone and spicy yeast profile to standup as a pairing to grilled foods. I didn’t have any of the suggested food pairings around when I cracked this bottle open (honestly who keeps mussels on hand?), but plan to revisit it with my one remaining bottle and a steak sometime this summer. Overall this is an exceptionally balanced beer. None of the competing flavors overpowers the others. I look forward to seeing what else I will notice in it when enjoyed the way it was intended.