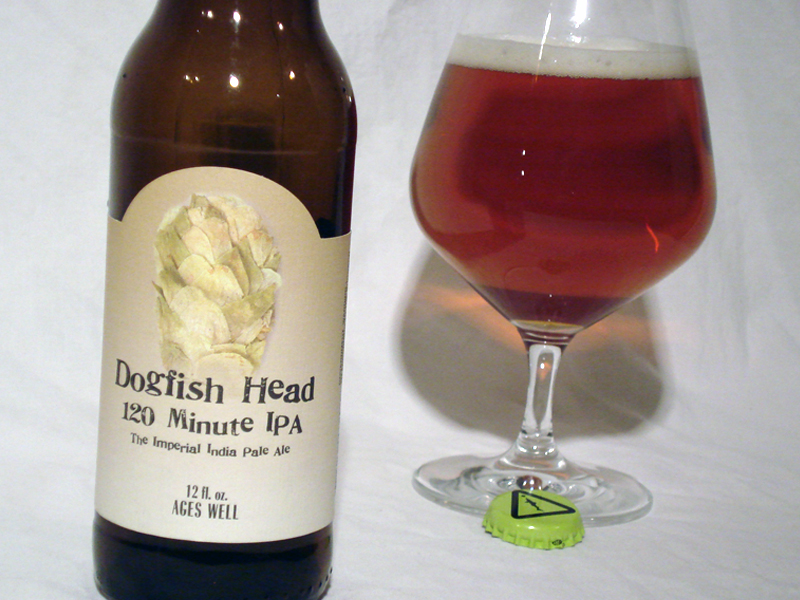 I sampled this beer back in 2008 just a few months into my craft beer journey.  It was tough to enjoy let alone taste.  The extremely high alcohol content made it hard to identify anything else.  Fast forward a few years to now.  This beer is not overwhelming at all.  Actually, it is almost the opposite.  Allow me to explain.

First, I should mention that the abv is still strong enough to do some damage should someone drink a 12 oz bottle too quickly.  Like Sam Calagonie mentions, split a bottle between you and a friend(s).  The abv is something to take seriously.  However, the flavors that present themselves are not that extreme as one might think.  Granted if you have not trained you palate a little this beer will still obliterate your taste buds, but at 120 ibus it seems lacking in the hop department.  I understand that to get a beer to this alcohol strength you need a bunch of sugar and that there will be a great deal of residuals left.  What I’m a little disappointed with is the lack of assertive bitterness.  Yes, I can tell there is a great deal of hops packed into this beer, but for goodness sakes.  I’ve tasted many an imperial/double IPA with more punch than this beer.  This is basically an American Barleywine…and if you cellar it for a few years it definitely will be.

With that out of my system let me focus on the basics.  There is not much of a head that forms on this beer.  I could see the bubble fighting there way though the abv packed liquid to create a thin cream colored layer that faded.  I found the color of the beer to be a beautiful caramel Bourbon.  It was clean and looked rather flat, but given a swirl a new film of head would appear and present some great aroma as well.

This aroma was very sweet and floral.  Not abrasive, pungent, dank or resinous as I was expecting or hoped.  Slightly wine-like it did carry some white grape flavors which seem to be a characteristic of many a DFH beer.  Aside from that it was more whiskey, cognac, sherry in nature than anything.  A spicy hop character seemed to be lifted out of the glass by an Isopropyl alcohol (aka Isopropanol or IPA) heat.  After that the sweetness took over presenting rich aroma of dates, figs, apricots, marmalade and an interesting oak quality (similar to angle’s share from whiskey).

The taste was more sugary than anything.  The abv seemed to be hidden well in the taste leaving its mark during the exit.  However, this was quickly overtaken by the orange blossom honey’d character in the aftertaste.  On the palate there was a pineapple, apricot, mango flavor going on with the hops playing second string.  For being continuously hopped for 120 minutes this did lack a vibrant hop character.  I’d be interested to know what variety(s) the used.   Whatever it was, the orange citrus-like flavor found helps to counter the sweetness of the beer.

If you have had a good number of barleywines and higher abv IPAs this beer should not be overwhelming for you.  Just realize that it was not made to be a huge hop bomb of a beer.  I think the point of this beer was to make a hoppy beer that could be aged well and still hold its flavor.  Unfortunately, I think it was a little lacking in hop flavor to begin with.  Don’t get me wrong, it is a good quality beer.  In my humble opinion, I do not think aging will do much for the beer so enjoy it fresh.  Or just get a bottle of Founders Devil Dancer Triple IPA if you want a huge IPA with plenty of hop bitterness.