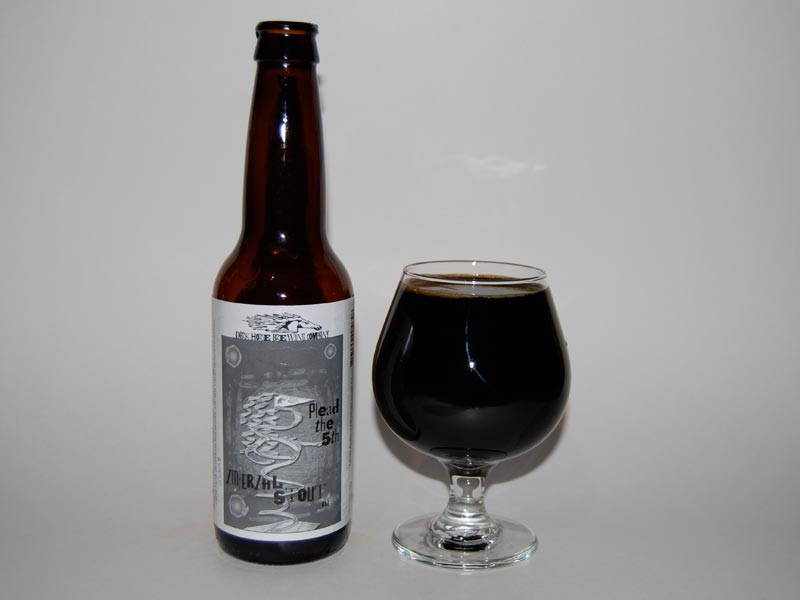 I learned something new today. Jet, as in the first part of the commonly known adjective ‘jet-black’ is actually a mineral-ish substance, formed from wood under extreme pressure, resulting in an incredibly deep, dark black material. Dark Horse’s 2009 vesion of Plead the Fifth was that. On steroids. Opaque as can be, the liquid was a black hole, consuming the dark brown head after just a few seconds of fearful bubbling and fizzing before scurrying away.

The smell was a rather muted mixture of sweet, soy sauce and chocolate. After last evening’s sampling of Night Train by O’so, the aroma was a bit of a let down. Once you know what beer can be, its hard to reason why the rest of beers aren’t. I was hoping the taste would redeem. Unfortunately, the year of cellaring didn’t do much to mellow. I had a 2010 version and enjoyed it very much, the high ABV so well hidden I hardly noticed until it had gone to my head. With the 2009, however, it was as if age had simply made it more aggressive. The alcohol was first, middle and last. It mixed a bit with a burnt roast on the finish, but was overall dominating. It may have been smooth, but again, my palate was wrestling with the alcohol and didn’t have a second of relief to realize the texture.

The conclusion of this comparison review was shocking. I like 2010 as much as I disliked 2009. I guess I would have been happy if I had drank them in the order they came, but now, Dark Horse has just left a bad taste in my mouth. Literally.