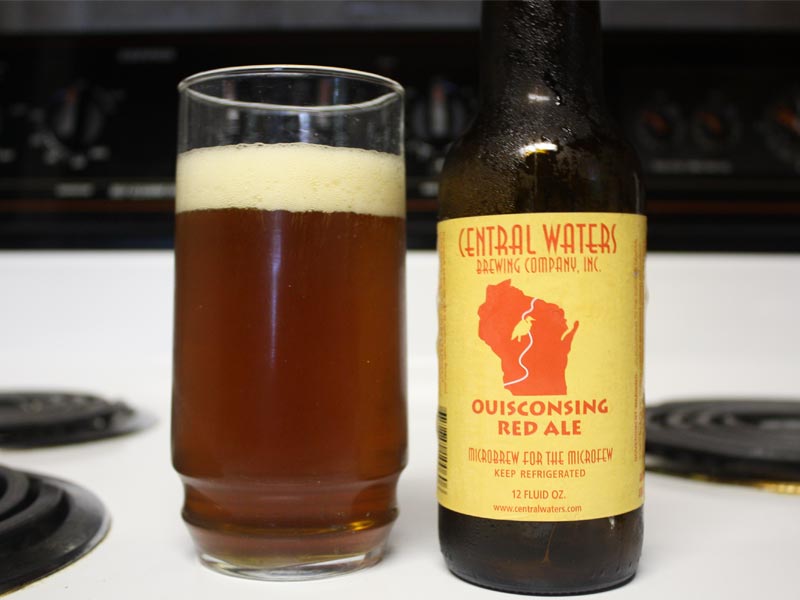 Pours a nice, red amber, clear and bubbly with a one-finger head.

First sip really hit me with an iron presence and I was immediately turned off. My first instinct is that the iron note comes from the water used in this brew but by my third or fourth sip the iron taste was gone thankfully. Now that I think of it, a brewery would not likely use water with high amounts of iron in beer making on purpose.

This beer tastes in the style of a red ale, there are some nice flavors that come from the malts- some nuttiness mixed with some caramel sweetness. The texture of this beer is smooth and a tad creamy. The carbonation adds to the light creaminess but also contributes a tingle at the end. There is some definite hop bitterness, but a beer I’d call far from hoppy, as it shouldn’t be. The hops are there, but they are muted nicely as to allow the barley flavors to shine.

Ouisconsing (the Algonquin name for the Wisconsin River) is a nice red ale. Slightly aromatic, malty, smooth, and finishes with a nice bite. I’m interested in Central Waters and more of their beers.