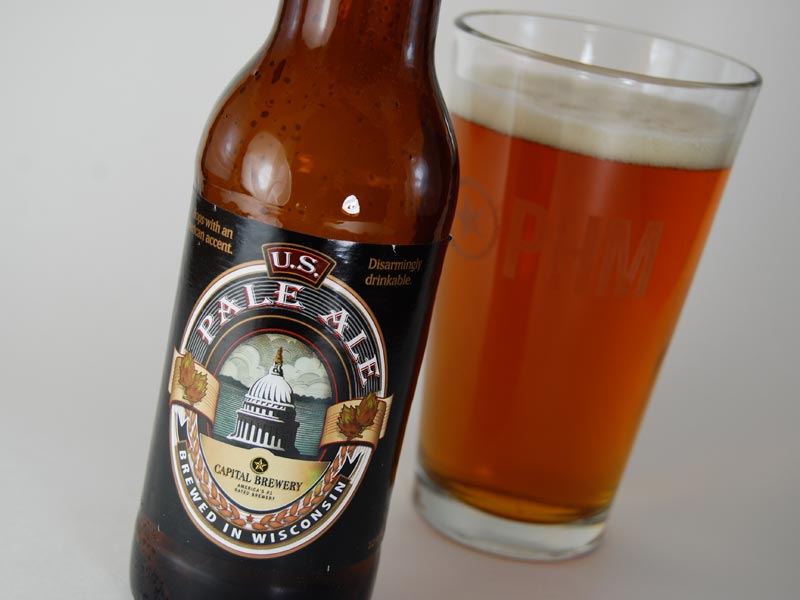 I haven’t thought about beer in a while. Now, its not quite as tragic as it sounds, I’ve drank beer recently, I just haven’t sat down and really thought about what I was tasting. Today, amidst Chicago’s 5th biggest snow storm on record, I thought it would be a good time to, well, think about beer.

Capital’s brews have been great so far. I’ve sampled several and especially the Bocks the produce have been solid and perspective-changing for me. Approaching their U.S. Pale Ale, I’m definitely wary. I love a good pale ale and in this specific space of beer there are some great pale ales produced.

It looked pretty typical, just a bubbling mass of orangish brown, a fleeting white head quickly dwindled down to just puffs and patches scattered across just a slight layer of film. It smelled great. A hearty blend of citrus and yeast, it seemed solid like a malty beer, but with the impact of one a bit more hopped up. The taste was similar in structure, a definitely present malt foundation blended very well with the hops, creating a pleasant combination that was both energized and hearty. The finish is bitter, but it is here where the beer drops from a good pale, to an average one. There is a bark-like quality that seems not quite right, while its not quite ‘skunky’ it is slightly sour.

This one from Capital leaves a bit to be desired, especially considering the fantastic competitors it has in this style. Next time, I’d probably pass this one up for Autumnal Fire or their Doppelbock.