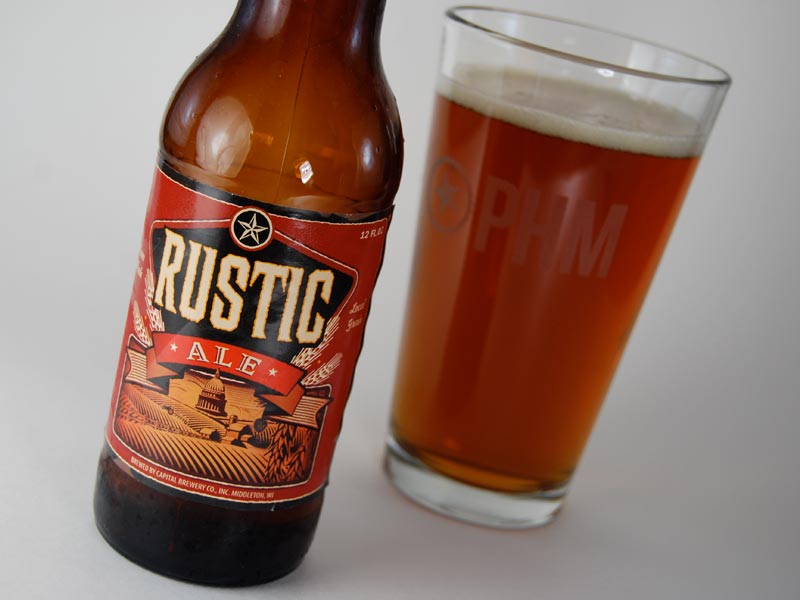 I’m always up for a red ale. I like the way they look and taste and they’re typically hearty enough to be interesting, but drinkable enough to quench.

Capital’s version, dubbed rustic for whatever reason you’d like to dream up, pours in that typical red ale way. Its ‘red’ is more of a pumpkin with a copper lowlights. The head disappeared disappointingly fast, giving me time to take just one perfect picture before it exhausted itself and sighed into a small blob on one side of the rim.

The scent was pleasant and surprising. A burst of sweetness and malt spilled forth initially and in good portion. There was a slight orange rind hint and just enough yeast to make me think I’m making it up. That orange jabs a little harder on the sip, overcome quickly by the army of Washington Island malt. Unfortunately, the overall mouthfeel is flat, unexcited. A slightly bitter linger follows the malty core, but it isn’t enough to spark any more interest from me.

Capital has done some great work on bocks and I have, truly, learned my way around that style a bit due in large part to their introduction. However, this one leaves a lot to be desired. The drinkability that I love in a red is lacking and the heartiness that so often helps to balance feels awkward and heavy.