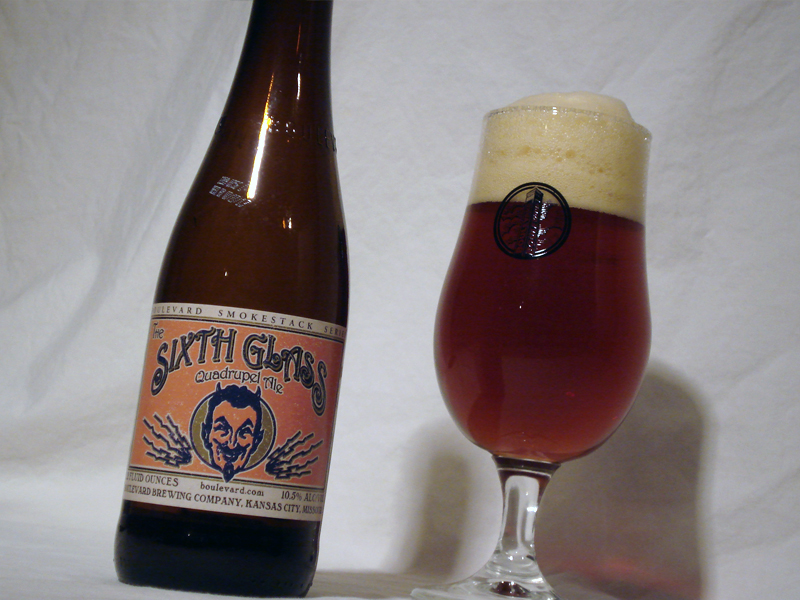 “In the sixth glass sits the Devil himself; he is a little well-dressed man, most charming and pleasant. He understands you and agrees with everything you say. He even brings a lamp to light your way–not to your home, but to his. There is an old legend about a saint who was ordered to experience one of the seven deadly sins. He decided that drunkenness was the least of them. But as soon as he got drunk, then he committed the other six sins. In the sixth glass the Devil and man mix blood; in that thrives everything evil within us, and it grows like the grain of mustard in the Bible until it becomes a tree so large that it shades our whole world. Then we are fit for nothing but to be melted down again.”

After reading a few variations of Hans Christian Andersen’s story Ole, The Watchman of the Tower I found this one to be most illuminating.  To me, it seems Andersen is commenting on the sin of drunkenness and its effects on our moral state.  This beer was a good reminder to me that alcohol can ruin lives if abused and that decisions made drunk can be devastating.

Regardless of your position, if you enjoy a good Quad, you’ll probably like this brew.  Complete with the Devil’s head on the label, Boulevard recreates a this style with ease.  From the very effervescent appearance to the deep fruity finish, Sixth Glass stands out.

The pour followed 10-15 minutes of letting the bottle warm up rather than pouring right from the fridge.  I did not want the cold temps to take away from the aroma.  Initially, this beer was a clear-minor haze deep amber, copper, orange hue with a very pronounced reddish head.  It rolled to a plume quickly so pour gingerly.  Towards the end of the bottle the beer became hazy as expected due to the sediment.

Classic hints of plum, peach, raisins, dates, figs and apricots greeted my nose.  There was a very noticeable candied smell that added a somewhat mineral quality.  Almost like it was too sugary.  Brown sugar was used which joined with the malt to present a very rich, earthy, fruity profile that had big hints of burnt caramel, toffee, and maple syrup.  The yeast character is bready and lively.  The abv is discernible up front, but not out of place.

The taste is similar to that of the aroma…no extra punches thrown.  I did notice that the sugary quality of the beer was a little distracting.  I know this style can have that character, but to me this prevented it from having a more smooth, rich mouthfeel.  The focus seemed to be residual sugars, abv, and then the dry mineral finish.  The nose was more fruity than the taste.  The deeper notes of caramel, brown sugar, toffee, and molasses came through more so than the yeasty quality (which did lend some breadiness in the aftertaste).  Don’t get me wrong this was a solid brew.  However, I think it lacked the smoothness found in the Trappist Quads or Southampton’s  Abbot 12.

This devilish brew did finish on the dryer side with an herbal hop quality and toasted malt notes.  Similar to a Red ale it in effect brought you back around to the glass for the sweetness.  Well played Boulevard, well played!