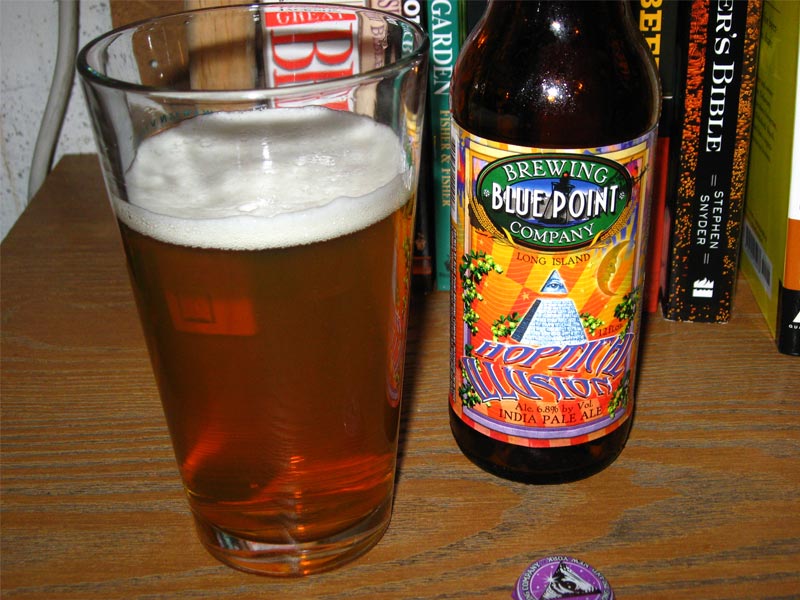 Well, after that little optical illusion let me know introduce you to my opened-before-I-was-ready beer.  Having already reviewed two of Blue Points brews, I knew I was in for a treat.

This 6.8% IPA is a light golden pale malt hue with a one finger head that dissipates, yet there is good carbonation within the body of the beer. No illusions are played on your nose as there is a straight forward piney, spicy, somewhat floral, and minor citrus hop profile. Its bookend had an easy toasted malt weight to it.

When sipping on IPAs, I’ve found that the East Coast brands are more earthy and floral than their West Coast counterparts. This rings true here as I got a deal of pine notes up front that translated over to a more floral aspect that interacted well with the sweeter (caramel) malt notes in the middle. The finish carries the same piney spice as the front portion of the sip, but the aftertaste if more citrus in nature.

Overall, this was another solid brew by Blue Point that offers yet another interpretation of the style.