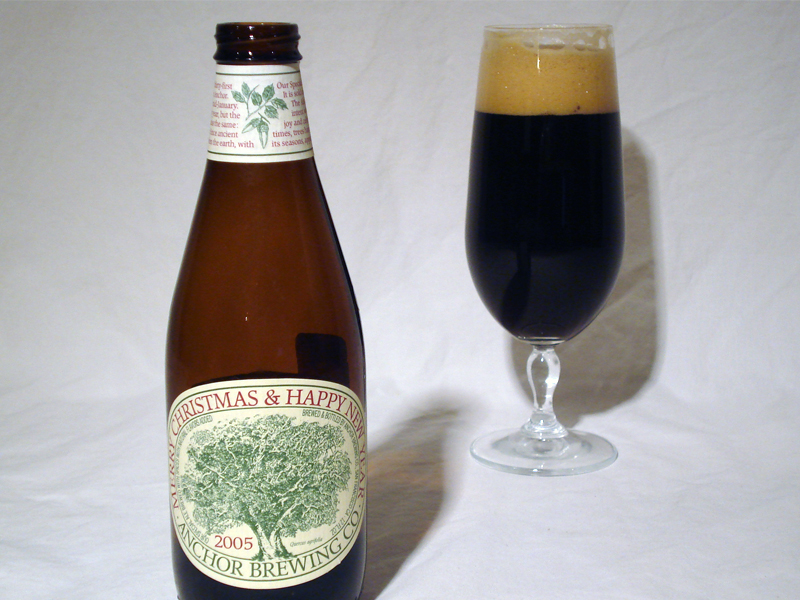 I found the latin name rather humorous.  “Agrifolia” sounds close to agriphobia.  Not sure what would happen if a tree had a fear of farming?  I digress.  Another stout-like brew for this year’s batch.  It pours a deep mahogany with similar garnet hues as the 2002 vintage.  The head seemed a little darker somewhere between a mocha and tan color.  It was dense and laced as I drank.

Despite the fact that I skipped vintages 2003 and 2004, this beer smells an awful lot like the 2002 batch.  I little less on the deep chocolate notes, they come across like the Hershey’s chocolate milk powder.  More herbal and spicy it has layers of pepper and chai.  To some degree these are all starting to smell very similar, but there are subtle differences which can be detected.

The flavor had some smokiness to it which paired nicely with the darker malts and spicy, earthy notes.  There is a more predominate floral character to this vintage.  A cleaner finish with spicy  and smokey notes could go well with meats or creamy cheese.  It has a drying effect in the aftertaste which could be from the herbs used…almost an oregano flavor.  This is more porter-like as the mouthfeel is lighter and the burnt grains do not hold up to the same flavors found in stouts.  This is still a tasty brew, but not the best vintage in my opinion.