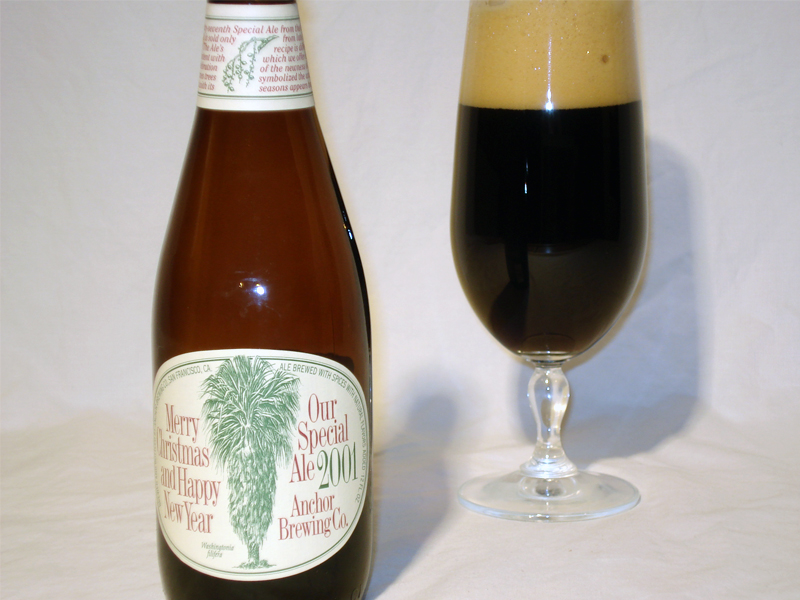 Pouring a deeper ruby reddish color it looked more like a Scottish style ale mixed with a Porter.  The head plumed rather fast and formed a tight knit beige barrier.

When it came to the aroma, this year’s vintage had Scottish ale all over it.  Dark malt notes that were roasty and toasty invaded my nostrils.  It took me a while to try and pinpoint what I was smelling, but eventually I come to the conclusion that it smelled like heather had been used.  Earthy, malty, and robust it had some great cinnamon and licorice aromas.  Some fruity notes of blackberries some through along with fennel.  It reminded me of El Camino (un)Real a little.

Not as hoppy as the 2000 vintage, but the spices were similar.  At least I got a good sense that the dryness came from the more tea-like herbal and spicy flavors than hops.  There was a floral component to it as well.  Honey maybe?  The malt notes were earthy and roasty reminding me of Guinness (minus the astringently).  A darker malt character in this year’s vintage as it is more recognizable.  Spices that were used in this beer have some punch or at least stand out.  I will add that it tastes a little like peppercorn.  Towards the finish there were some hints of dark fruits like dates which helped to balance out the spiciness.  Ten years out and it still tastes good.