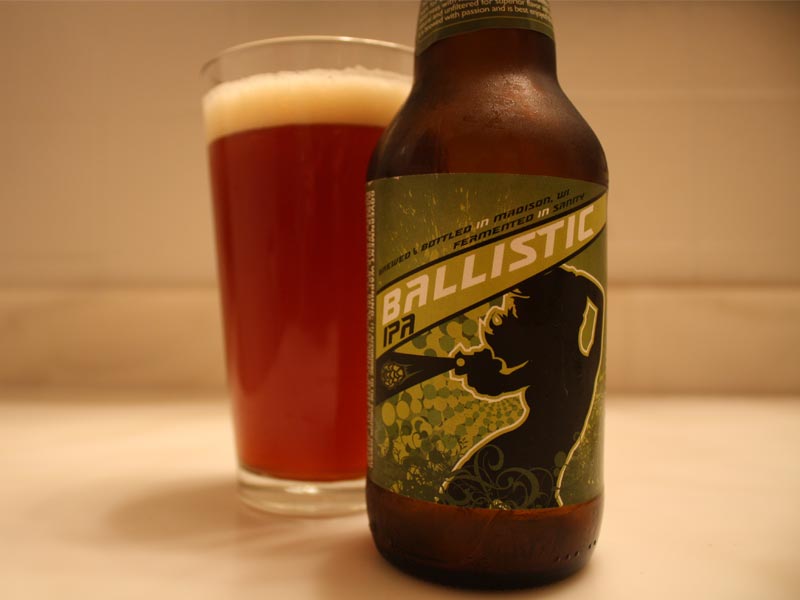 Beer 101: empty stomach, 7.5% IPA = accelerated intoxication. Some would steer from this, and although I don’t often aim for it, after a day like today I find it acceptable on my own moral compass. Came home to find a nice amount of standing water in my daughter’s corner play area in the basement. After getting the towels and the squeegee, in my frustration I next reached for the saws-all and went outside. Why you ask? Because for the last year the rain from my neighbor’s downspout has collected near the corner of our houses and, on more than one occasion filled up my window well- thus creating the situation described above. So out came the extension cords and the saws-all and I went straight for their gutter. The angle has been such that rather than feed the water out towards their yard, instead it pools near the houses and leaks in. Don’t worry, they haven’t lived there in over 6 months, and the house has been unoccupied since. I wish I was badass enough take a saw to my lackluster neighbor’s house while they lived there, but in the name of preserving the peace I waited this long. Now that it’s done, I feel great.

Ballistic. Wow. After one sip I can tell this is a phenomenal beer. Thanks to my neighbor Mike who grabbed a small variety of Wisconsin only beers for me while on a recent fishing trip. A generous exchange for the handful of homebrews I’ve shared with him over the last few months. Smells like the label claims, of citrusy, Amarillo hops, without the oiliness often associated. The lack of filtration in this beer gives it a cloudy appearance, but the rich, dark orange color is preserved. A fluffy, dense head to begin with, transitioning into a film, coupled with heavy lacing down the pint glass as I drink. The aroma is amazing. It has not only the citrus note, but also a nice, earthy note to it as well. The earthiness is carried over into the taste giving this beer a very good mix of hop and malt flavor. I pick up on the malts, nothing too specific hits my buds, but that’s because this beer is so properly balanced it goes down like a nice snack. No off flavors, and perfectly balanced. The carbonation and hop spiciness makes this beer so drinkable it’s ridiculous. I don’t even sense the 7.5% claim. This is the second time in a row that Ale Asylum has astounded me with their beer making. Look for my first Ale Asylum beer experience review coming soon. I feel my lack of detailed flavor description is not doing this beer justice, but suffice to say, this beer is amazing. The only time I could see myself not reaching for this beer in the fridge is maybe on a super hot summer day after some activity. Other than that, I wish I had this all the time. Make an effort to get to Wisconsin to get this seasonal release. Thank you Ale Asylum, you’ve done it again.